Bill Gates discusses the software and computer industry, and how Microsoft has contributed. Gates also discusses his views on the future of the computing industry. The talk was recorded in 1989 but was only recently digitized.

The following picture was taken after the talk (click for higher-res). 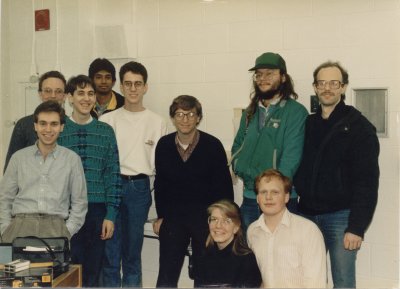